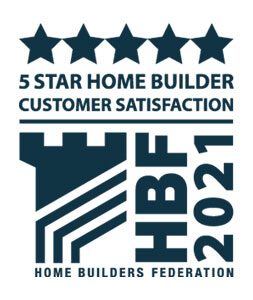 Cumbria has long been associated with hedgehogs, with Mrs Tiggy-Winkle being one of the most beloved characters of author Beatrix Potter.  Now, in Miss Potter’s 150th anniversary year, Cumbrian homebuilder, Russell Armer Homes, is getting behind hedgehog conservation by becoming the first homebuilder in the country to create Hedgehog Highways.

Russell Armer Homes is working with Hedgehog Street – a partnership between the People’s Trust for Endangered Species (PTES) and the British Hedgehog Preservation Society (BHPS) – by supporting its campaign for hedgehog conservation.  The homebuilder is leading the way in both Cumbria and Lancashire by ensuring all of its new homes have a 125mm x 125mm gap in their fencing, which allows hedgehogs to move from garden to garden.

The Secretary of State for Environment, Food and Rural Affairs, Liz Truss, was made aware of Russell Armer Homes’ involvement, as the first homebuilder to incorporate Hedgehog Highways, at a meeting held in London last week.

Creating ‘Hedgehog Highways’, in this way, is vital for hedgehog conservation as there are now probably less than a million hedgehogs left in the UK.  The move to cleaner and tidier gardens, and changes to their habitats in the countryside, has reduced their ability to find nests and food.  Hedgehogs need large areas over which to wander, with radio-tracking suggesting this is between 10-30 hectares. Even a very large garden is insufficient to support their needs and hedgehogs have to travel around a mile each night in a quest to find enough food and a mate.

By creating gaps in fences, Russell Armer Homes will be establishing habitat corridors for Cumbrian and Lancastrian hedgehogs.  Hedgehog Street says that more secure fences and walls are one of the main reasons why the hedgehog population is declining in Britain, so Russell Armer Homes’ initiative will be a great help.  The gap will be too small for most pets to use, but will allow safe passage for a little hedgehog.

Russell Armer Homes will then continue to create hedgehog gaps in new homes built in the future.  Each home with a hedgehog gap will have a special sign erected, so any new owners understand the importance of this small hole.

Russell Armer Homes’ managing director, Martyn Nicholson, says: “We are delighted to become Hedgehog Champions by creating what we believe to be Cumbria and Lancashire’s first Hedgehog Highways.  Hedgehogs have been associated with the area for many years, thanks to Beatrix Potter’s Tales and it is important to look after their welfare.

“We hope homeowners, not living in one of the homes we are building with a ‘hedgehog gap feature’, will follow our lead and remove a brick or cut a gap in their own fencing.  It is also something schools and businesses can get involved with and something we are certain children would love to have in their garden.  We hope to inspire many dots to be joined up across the two counties, as Hedgehog Highways start to form.”

Speaking on behalf of Hedgehog Street, Hedgehog Officer, Henry Johnson, said: “This is a thrilling milestone in the Hedgehog Street campaign, with Russell Armer Homes being the first developer to proactively engage with hedgehog-friendly fencing.  It is our vision that every new home owner should have spiny visitors in their garden.”

More information about Hedgehog Street can be found at www.hedgehogstreet.org.

If you stumble across one in your garden, here’s a great article ‘Ultimate guide to looking after hedgehogs’ by DIY Garden.