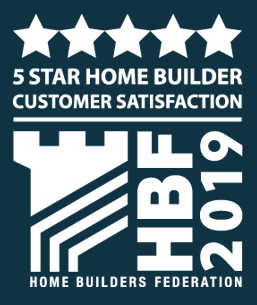 Located on Brigsteer Road, Tenterfield is a sympathetic development comprising eighteen homes – including two affordable homes – with a traditional aspect on a mature landscaped setting in a leafy Kendal Conservation Area. Kendalians may know something of the history of the main house which was originally constructed for the Somervell family, founder of the local K Shoes empire. In later years it was used as a nurses’ home before eventually being adapted to provide NHS office space.

‘We’re delighted by this win as it’s a prestigious award category that attracts top-quality entries. We’re especially proud of the effort that’s gone into creating an attractive development that preserves the original building’s charm, while providing characterful new accommodation. From being a neglected and dilapidated plot, Tenterfield now makes the most of this beautiful setting and is home to a new generation of residents.’

The official presentation of the Awards will take place at the The Royal Lancaster Hotel, London on the 26th October 2018. The highest scoring five-star winners from each category of these will be automatically put forward for re-judging against the five-star winners in other regions of the world – Asia Pacific, Americas, Europe, Africa and Arabia.